I have been watching the Winter Olympics the past few days. Not a fan of the Olympic per-say, however I do like the Winter Olympics. It was the first time watching the Snowboarding competition. How exciting, I was yelling along with hubby and the fans, wanting Seth Wescott to win. What a thrill to see him overtake the leader at the finish line. Winning the Gold Medal for the USA. 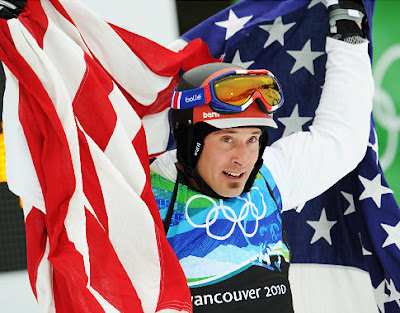 Seth Wescott winning the gold Medal in Snowboarding.
Still disappointed in the Curling US team. Hubby and I just can not figure them out. What is their strategy? I think even the commentators can't make sense out of it. Have watched Japan , Germany, Great Britain and France, they seem to know how to play the game well. All their game are exciting and we are on the edge of our seats til the end. We will continue to watch even though our teams are not doing well. Hubby and I would love to play Curling. I heard that some of the German players are in their 40's. Hey maybe they hope for the 50's in the Curling Olympic games. Is there a age ceiling? Anyhow those British played a great game yesterday. 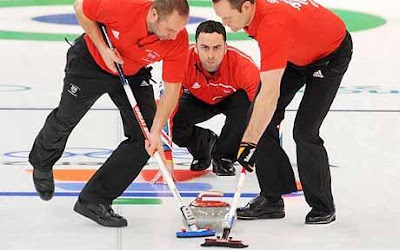 British Curling team.
All photos from PA
Posted by Auntie E at 8:27 AM