Oh the Science and Engineering of the wind power system. Just like Dorothy in the Wizard of Oz, we need the wind to carry our energy. thinking how a tornado's wind has so much energy. Able to lift Cars and pick up houses. Who knew that wind could be a good energy source? I think the ancient times knew it. Persia seems to have some history dating about 500AD. China started experimenting with windmills about 1200AD. What about the Windmills of Holland. They started refining their windmills about 1300AD. All these windmills seem to be used for harvesting water power to grind grain for food.

By the 19th century America was using the wind power for pumping water. the beginning of The 20th century we started developing windmills for the sole purpose of electricity. the first one being in Cleveland Ohio called the Brush Machine. It generated 12 kilowatts.

I find this so interesting, for you see we always think we are the first to invent things. Then we find out that ancient times folks had the same brain as us!
Well we have come a long way today with the wind power. However we had much further to go. Maybe in the 25th century we will be using wind power and solar power for our main source of electricity. Wouldn't that be great.

Now time for the photos...
from the Science and Engineering Expo. 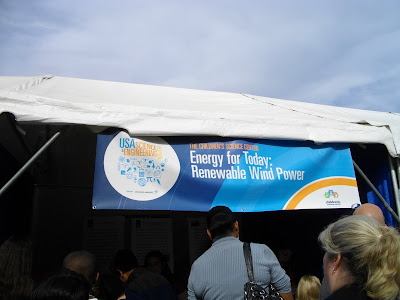 These are Lego built Windmills. 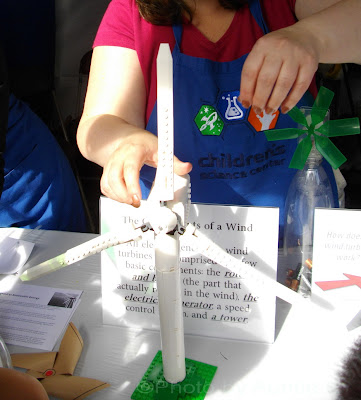 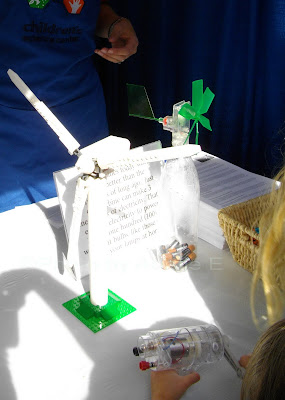 Visit Work of the Poet for more Ruby Tuesday.
Posted by Auntie E at 6:39 AM