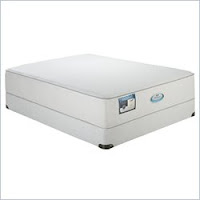 It has been almost a month since we purchased the New Bed. As stated in a previous post, I had not been able to get a good night sleep in years with the other bed. If I had known that a Bed could make me not snore, it would have been purchased years ago! So, I know you are asking" how do you know you are not snoring". Great question! Hubby told me this morning that he had noticed it. I do feel better, in a better mood and sleeping well through the night.
I am not a spokes person or getting any money for stating this (but I could use the money,lol). It is Just the Facts, like Joe Friday of Dragnet would say.
Now hubby likes a soft bed and I like a hard bed. This Simmons Beautyrest NXG is one bed that we both can sleep in. He likes it and is not having any back aches and my body is waking well rested. Yes cute little me has been I snorer for many years. I thought it was just in my genes. Mom and Dad are snorers. Once when they visited us in Germany, it sounded like the house was falling down. Hubby and I couldn't figure out where the noise was coming from until we went into the hall way. It was from the guest room! A few years later, while in counseling , Hubby informed me I snored! "Well ",I told him,"You know it runs in the family". He would live with it for the next 25 years. So, today he tells me I am not snoring! We figure it most be the alignment of the spine. Whatever it is, we are both sleeping very well now and together!
Posted by Auntie E at 11:05 AM