Are you in Limbo Land? 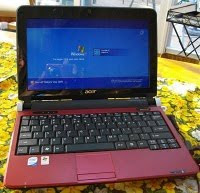 Now that the voting is over and some folks are shocked, are you going to remain in that limbo land? You know that place, where nothing gets done because you can't get over the past outcome. I have been reading blogs and seeing a lot of this mentality of we will be in grid lock. Statements like, nothings going to get done, the next two year will be a waste and what where you thinking folks!
Now I usually do not talk politics here or at home. However, I have this compelling feeling to do so today.

I think from the voting outcome the majority of Americans are not pleased with the way things are going. Do not think it is, as some folks would want to believe, just because they are not see and upswing in the economy or that the job markets are in a slump. We have had those things before and they will continue to be up and down. My feeling is we do see it, however what is hard to understand is the bills that have been passed and the pork in them. Those has caused some recent problems in America. Now the President stated in his after election address, which by the way was about an hour long, that he should have kept to his promise of weeding out the pork in bills. Stated he made some choices he should not have. He also stated that being in the White house is difficult. Staying in touch with the people is harder than he thought.
This is one thing I learned years ago, while in the military, things aren't as black and white as many common folks think. Once you are in a protected and shielded place, one learns how things have to work. It is not always how one thinks before they are placed there. You know that phrase some of us as kids heard," The grass is not greener as you may think, on the other side. It can be as brown also".

When hardship comes we want someone to fix it for us. Businesses start to close and homes are priced way out of reach, folks go into foreclosures and Money becomes scarce. Health issue arise as money issue arise. Cost for products go up to make up for differences in consumers spending. Companies do not want to go back to reasonable pricing,once they tasted wealth. So they tend to layoff workers. Now all these problems are cause by the companies and businesses. Not really by the government. Oh yes government bills and rules can affect the businesses. However, they are not the cause of how things are in companies and businesses. They want to blame the government. People made choices themselves and sometimes poor ones. Greed can cause a ripple in events and make people suffer.

The question I have for you, Do we really want government to control these companies and business? Isn't that walking toward socialism and total government control? Is that what you really want, no control of how to run your business or control over if you can purchase something or worst if you qualify for a health treatment.

My feeling is that we as the people need to make the difference. Stop buying on borrowed money, we can not afford to pay back in our lifetime. Control our own spending and hold the government accountable to controlling it's spending and getting our nations deficit in a downward pattern and keeping it there. In access getting and keeping the pork out of the bills! A bill should be for one purpose and not have a lot of non issues, just to get it passed. Causing more money to be spent to pass a bill, that might save a few dollars. The outcome is not favorable in decreasing cost, but rather a wash or in some cases spending more, (Moving money around to look like we are saving).

Yes I want both houses to work together, as well as the President to stay focused on his promises and keep the houses in check.
Posted by Auntie E at 10:18 AM